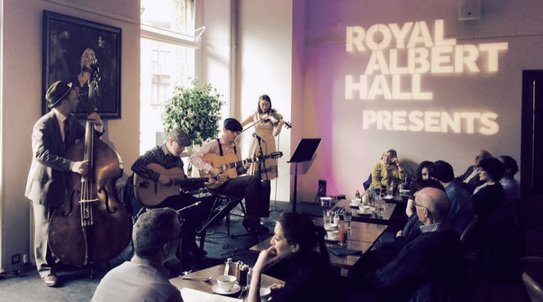 The heartfelt wail of the blues; the sultry heat of the campfire; the crazy swirl of the bal musette,
all fused together ​with virtuosity and passion in the melting pot of 1930’s Paris: the result was gypsy jazz.
Now ‘LA VIE EN ROSE’ play this exuberant, toe-tapping music with a swing and joie-de-vivre as fresh today
​as when Django Reinhardt and Stephane Grappelli first conjured it from the back streets of Pigalle.

' L A  V I E  E N  R O S E ' . . . five musicians with wide-ranging individual backgrounds in classical music, traditional jazz, rock, blues, country, ragtime and roots, pulled together by the shared pleasure of gypsy jazz and hot swing.
​
We  play  all sorts of  venues  and  events, at  parties  and  palaces, for festivals  and  family-days, at weddings and funerals!  Gigs include top jazz festivals like Upton, Bude, and Jazz Jurassica,
regional festivals such as Ocean City, 'Vibraphonic', 'Acoustica' and 'Nourish',
south-west events like 'Jazz on the Quay',The Contemporary Craft Festival,  Appledore Book Festival and Velo Vintage,
and top-flight jazz clubs like Swansea Jazzland, Speakeasy at Clarence House and Tuckers at Dalwood.
We played for three years running at The Royal Albert Hall's 'Verdi Italian Kitchen'
​at their special Valentine's  Day celebration (before they sadly stopped their regular jazz)
and we have gigged other well-respected London music  venues  such  as The  Gladstone  Arms ​and  The  Magic  Garden.

​As well as numerous public events, festivals and jazz clubs
we also play for all kinds of private functions, weddings, parties and house-concerts.

Aside from performance we have for the last few years hosted a monthly gypsy jazz session in Exeter to encourage players of all instruments,
abilities and backgrounds to get together informally and become immersed in gypsy jazz and swing.
In keeping with our outlook on music-making it's non-judgemental and highly supportive.
After the closure of our original and much-loved venue 'The Globe' we have searched for another equally good and welcoming home, and we think we have finally found it at Topsham Brewery and Taproom...NOT AT TOPSHAM!...but on the Quay in Exeter. ( The Warehouse, Haven Rd., EX2 8GR)
​Parking is close and it's a really central and scenic location.
This is a monthly session and the specific dates will be announced on Facebook: Gypsy Jazz Sessions Exeter 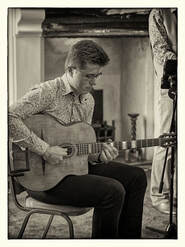 David Jones (gtr) learned piano from the age of 6, guitar from 11, has been lead guitarist in successful rock bands, works
extensively in musical theatre, and teaches in schools and at the Exeter Academy of Music & Sound. Having discovered
gypsy  jazz as a teenager he focused on this style to become one of the UK's leading players. He has performed alongside the
​  likes of​  Lollo Meier and Bertrand Le Guillou, featured at festivals such as March Manouche and is endorsed by JWC Guitars.
​ 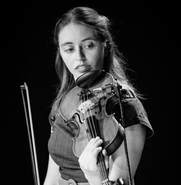 Rebecca Willson (vln) plays violin, viola and piano, and has a B.A. in Music Performance, and an M.A. in 21st Century Music. Her varied projects include playing solo piano concerts, working as a member of The Obligato String Quartet, through the musical spectrum to hillbilly and western swing bands. She has studied the gypsy jazz violin technique with Tim Kliphuis, and teaches the Kodály Musical Education Approach. 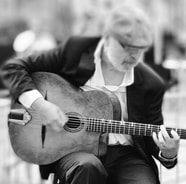 Laurie Light (gtr) Is the only member of the band who was around while Django was still alive! A love of swing and jazz
stemmed from listening to Radio Luxembourg and AFN as a youngster and a father who crooned in the working-mens' clubs
of the West Midlands. As a young teenager he was first inspired to play guitar by hearing Big Bill Broonzy on ‘Uncle
​   Mac’!...and since then he has played and sung everything from Blind Blake to Jimmy Durante.
​ 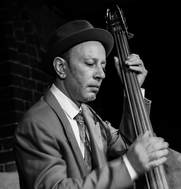 Yann Mahdjoub (d/b) has a worthy reputation for his upright bass playing with the original Hot String Duo. He recorded 3 albums on the renowned Western Star label with The Bonneville Barons and has toured and released an acclaimed album with The Zazou Cowboys . His background in hillbilly and western swing led naturally towards
gypsy jazz and the influences are clearly heard in his strong rhythmical and driving playing style.

Nick White (clt) studied at Worcester College Oxford, and the Guildhall School of Music & Drama under the tutorship of Thea King, Roy Jowitt and Colin Lawson. He has had a varied career with diverse groups including Northern Ballet Theatre Orchestra, The Pasadena Roof Orchestra, Zippo’s Circus Band and the Fabulous Good Time Party Boys. He works extensively as an arranger and teacher and is currently lead alto saxophonist with the Big Chris Barber Band.
Rebecca, David and Nick are full-time professional musicians and music teachers, available for private tuition, orchestral and musical theatre work, and are involved in a wide range of other music projects. Please contact through our Gmail or Facebook page.